Paula is the proud mother of two talented, creative and gifted daughters whom she has home schooled for many years. Paula has been involved with Jumping Beans for over 14 years. Her passion for the Jumping Beans programme started in 1998 when she participated with her then baby, Eden, in Jumping Beans classes in South Auckland.

After the birth of her second child, Autumn, and on moving to the Waikato, Paula wanted to offer her the same foundation that Jumping Beans had provided for Eden during her formative years. As there was no Jumping Beans in the Waikato – Paula decided to start her own! What better way of giving Autumn the ‘Jumping Beans’ head start in life as her older sister and, at the same time, introducing Jumping Beans to the families of the Waikato!

Paula became the Jumping Beans Waikato licensee in 2006 and the gold star feedback she has received from parents who have attended her classes over the years, including testimonials from Mils & Hayley Muliaina (All Black & Captain Chiefs & Dedicated Mother), Nanaia Mahuta (Labour Party MP) and Lauren Porter (Co-Director of the Centre for Attachment), about the benefits of the Jumping Beans progamme for their children, speaks for itself.

Paula would welcome you and your child to join her fun and highly educational classes. 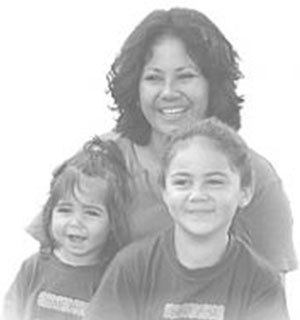